The public transit system in Miami is comprised of city buses (Metrobus), a metro system (Metrorail) and a commuter rail system (Tri-Rail).

The Miami Metro System has two lines, one of which runs from the Tri-Rail Station at Miami Airport into downtown Miami.  It then continues to South Miami.

There is also a free monorail system that operates in downtown Miami called the Miami Metromover.

The commuter rail system operates from the Tri-Rail Station at Miami Airport.  There is large bus station at the same location. 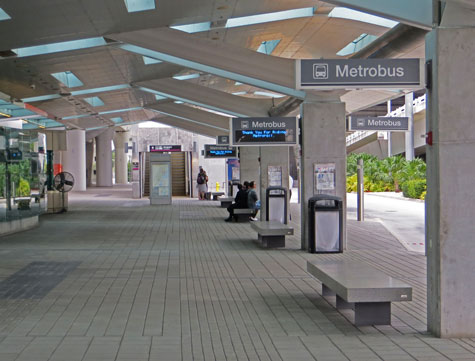 Information about public transit in Miami Florida is available from the Miami-Date County transit website.