The unsuccessful invasion of the Bay of Pigs by Cuban Americans and supported by the CIA, ended with many casualties.

A memorial to the dead can be found in the Little Havana District of Miami. It commemorates Brigade 2506 with an eternal flame. 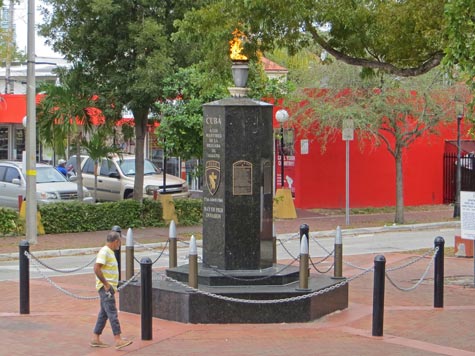 Other attractions in Little Havana include the following: