The Freedom Tower is an attractive neo-classical style building located near the waterfront in Miami Florida. This historic tower was built in 1925.

The building was originally constructed to house the Miami News.  It was subsequently repurposed to be the reception center for people fleeing Cuba after its communist revolution. 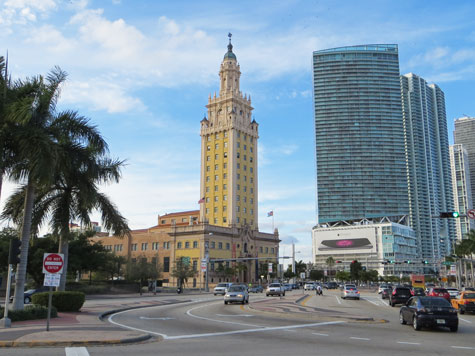 The Freedom Tower is located on Biscayne Boulevard in Miami near the American Airlines Arena.