The Holocaust Memorial in Miami Beach commemorates the millions of Jews that were killed by the Nazis in the 1930s and 40s.

Designed by Kenneth Treister, this powerful monument depicts the hand of a dying person trying to reach the sky.

Behind this monument is a tunnel that lists Europe's concentration camps and displays photographs.  The names of thousands of Holocaust victims are inscribed on a granite wall. 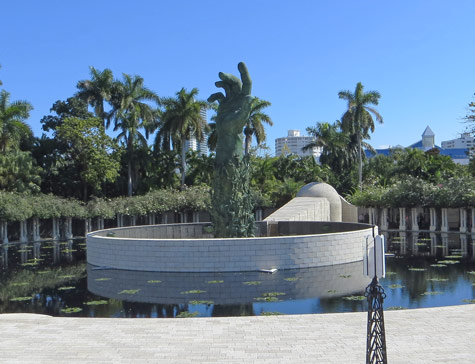 Miami Beach has long been home to a large number of Jewish people, many of whom were survivors of the death camps.

The Holocaust Memorial can be found on Meridian Avenue in Miami Beach.